Every nation has its own traditions and same as India has its own. In this list we were talk about the Indian traditional games which comes from different religions and different parts of the country. Gilli Danda is a amateur sport which is played in the small town, villages and rural areas. Mostly Gili-Danda played in India and many other countries like Bangladesh, Nepal, Afghanistan, Pakistan, Cambodia, Turkey and Italy also. Generally game is played with two wooden sticks which one is long that called as Danda and another is too small, called as Gilli. In this game, Danda used to hit Gilli to making score and game is played in the open field.

As an amateur youth sport, gilli danda has many regional variations. In some versions, the number of points a striker score depends on the distance the gilli falls from the striking point. The distance is measured in terms of the length of the danda, or in some cases the length of the gilli. Scoring also depends on how many times the gilli was hit in the air in one strike. If it travels a certain distance with two mid-air strikes, the total points are doubled. If the gilli is not struck far enough the player has to pick it up and try again. Shobhit Maurya is a world champion of gilli danda at present with several world records in his name. The UNESCO Advisory committee and the International Council of Traditional Sports and Games (ICTSG) are keen to revive and promote all such traditional sports which are almost dying in the World. 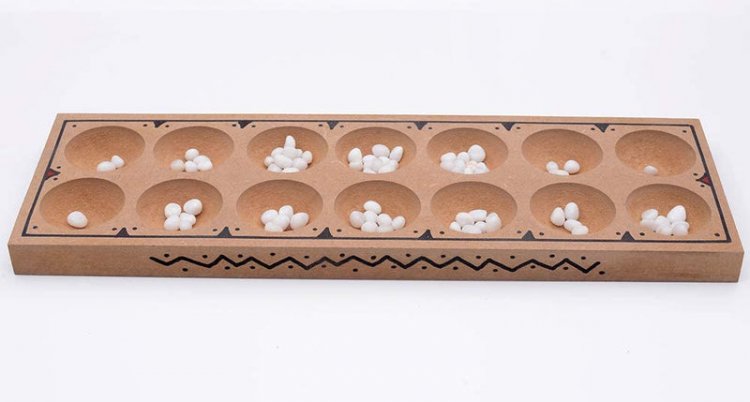 Pallanguzhi also a traditional game which played in South India, especially in Tamil Nadu. It is a traditional ancient Tamil Mancala game which played between two players. The game was born from Tamil Nadu and later it was spread in many other states of the country like Karnataka, Aandhra Pradesh, Kerala, Shri Lanka and Malaysia. Pallanguzhi game also called with a different names in different states like Ali guli mane (Kannada) Vamana guntalu (Telugu) and Kuzhipara (Malayalam).

his game is popular among the kids and old people. This game is encouraged for the kids to learn to count, to improve eye–hand coordination and concentration while playing. And for the older people of the house, to spend time in the company of the young members of the family.

Pallanguzhi is also played in Sri Lanka, Trinidad, Guyana and Singapore, with a sizable Tamil-Indian population living in those countries. Pachisi is a cross and circle board game known as the “National Game of India” which is originated in Medieval India. This game played on a symmetrical cross board and also known as Twenty-Five game. A player’s pieces move around the board based upon a throw of six or seven cowrie shells. It is a traditional game that requires strategy, tactics, counting and portability skills. Generally, Pachisi played between 2-4 players which continued around 30–60 minutes.

The game of Pachisi was played by Akbar in a truly regal manner. The Court itself, divided into red and white squares, being the board, and an enormous stone raised on four feet, representing the central point. It was here that Akbar and his courtiers played this game; sixteen young slaves from the harem wearing the players' colours, represented the pieces, and moved to the squares according to the throw of the dice. It is said that the Emperor took such a fancy to playing the game on this grand scale that he had a court for pachisi constructed in all his palaces, and traces of such are still visible at Agra and Allahabad. Chaupar also a cross and circle board game which is similar to pachisi, mostly played in India. As per source, Chaupar was created around 4th Century originated by India that can be play on a table and floor. Chaupar is played between 2-4 players with wooden pawns and six cowry shells to be used to determine each player’s move. The game is requires strategy, tactics, counting and portability skills. Lambs and Tigers is a two player leopard game which also known as Goats and Tigers name in Telugu, Aadu Puli Aatam in Tamil, Meka puli aata and Pulijudam. It is a strategy game which setup time is around 1 hour. The game is mostly played in South India in which one player controls three tigers and the other player controls up to fifteen lambs and tigers. In this game, tigers hunt the Goats while goats attempt to block the tiger’s movements. In short, the Lambs and Tigers is a most ancient game.

Pitthu Garam is a popular outdoor game in India also known as Seven stones game and Lagori. Game played between two teams and any number of members. In this game, one member of team hit on 7 stone pile through a ball and run away while another members tries to restore the pile of stones. Interesting thing is that, if any member touches the ball, he will out immediately.

he rules have not changed that much over the years, however there have been some changes brought in the way the game is being played. The following fundamentals were laid down by the International Lagori Foundation: Each team would have 12 players, with only 6 players on the court for every set. One set lasts for 3 minutes followed by a half minute break in between sets. One match has typically 3 sets and the team scoring maximum points wins. Other than that, the rules are basically the same for all leagues. Having said that, the game has definitely come a long way from what it was. From a dusty open field to an indoor synthetic turf, from a pile of stones lying around in the field to 7 circular fibre discs made for the game, and from an old tennis ball to a softball specifically tailored for the game. Kancha-Marble game is one of the popular game among kids which is still played in small town, rural areas of India. This game played with round glass marbles which main motive is collect marbles through shooting and striking other marbles. Kancha-Marble is a traditional outdoor game which is played with anyone. In India, many types of marble games are played. Kabaddi is a very famous outdoor sports in India and mostly played in South Asia and many states of India like Tamil Nadu, Kerala, Aandhra Pradesh, Bihar, Haryana, Karnataka, Maharashtra, Punjab and Telangana . Kabaddi also known as Sadukudu, Hadudu, Bhavatik, kauddi, Hu-Tu-Tu, Hu-Do-Do and Chedugudu. This game played between two teams in which 7 members are one team. Kabaddi is a worldwide sport game originated by India. India had won Kabaddi World Cup in 2016 that was an international kabaddi tournament governed by the International Kabaddi Federation. Stapoo is a outdoor game which is also called as Hopscotch, Stapu and played in open playground. In this game a player through a small object into the boxes as made on the ground. Thereafter he jump through the boxes on one and two legs to pick the object.

This traditional game helps to improve balance, coordination, and strength in children. It also imparts social skill for dispute resolution, negotiations and coordination. Dog and the Bone is a most popular game among the kids which played between two teams in which 5-10 members per side.

This is the variation which is mainly played all over where team members decide a no. for each player from 1 to 10.

Then the middle man shouts a random number from that 1 to 10 at players who decided that number will rush to the middle the retrieve the object back to his team.

But if one player takes the object but was caught by the opponent’s player before reaching back to his team then the opponent’s team gets the point.On the basis of total score winner has announced.