Siddharth Shukla was an Indian model, actor and host who has appeared in many Hindi Television shows and films. He was a well-known actor in the TV industry 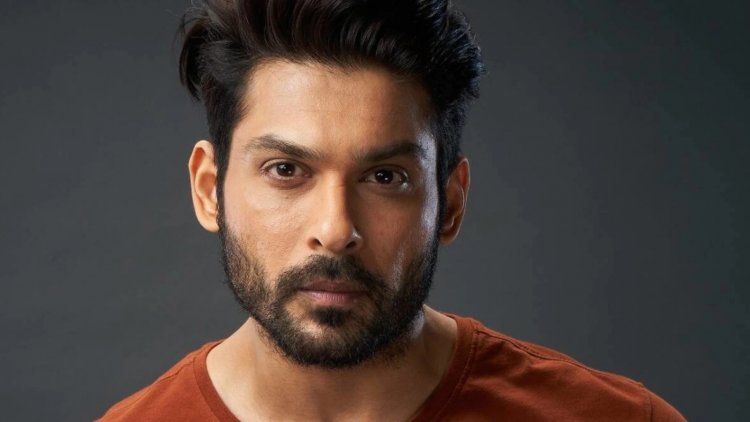 Siddharth Shukla was a well-known actor in the TV industry who was known for his personality in the TV industry. Let us tell you that Siddharth was born on 12 December 1980 in a Brahmin family in Mumbai, Maharashtra. He completed his early education at St. Xavier’s High School, Fort, Mumbai.

He received applause for Balika Vadhu, Love U Zindagi, and Dil Se Dil Tak kind of shows. On the other hand, his followers loved his performance in Shivraj Shekhar’s role in Balika Vadhu. Siddharth Shukla was an Indian model, actor, and host who has appeared in many Hindi Television shows and films. Siddharth Shukla was born in Mumbai on 12th December 1980. His father Ashok Shukla worked as a Civil engineer at the Reserve Bank of India and his mother Rita Shukla is a homemaker. He lost his father as he suffered from a lung disorder.

He was also very fond of weightlifting, so he was famous for his height all over the world. Siddharth Shukla first made his foray into the TV industry in the year 2008. He made his debut in the TV industry with the TV serial “Babul Ka Aangann Chootey Na”. After this, he worked in the famous serial “Yeh Ajnabee and Love You Zindagi”.

Siddharth played an important character of Shivraj Shekhar in the famous serial “Balika Vadhu” which aired on Colors TV in the year 2012. By working in this serial, he started getting fame in the TV world. After this, in the year 2013, Siddharth took part in Star Plus’s famous dance reality show Jhalak Dikhhla Jaa 6 as a contestant where he spread his passion for dance.

He then participated as a guest in Zee TV’s famous serial Pavitra Rishta. He also hosted the famous crime show Savdhaan India from the year 2014 to 2015. In 2016, he participated in Colors TV’s famous show Khatron Ke Khiladi Season 7 as a contestant.

At first, he was eliminated at the beginning of the show, then after that, he got a re-entry through a wild card, after which Siddharth, performing his brilliant performance, became the winner of Khatron Ke Khiladi Season 7.

Apart from this, he appeared as a guest on Comedy Night, India’s Got Talent, and Bigg Boss 9. In the year 2019, he was again seen in the 13th edition of Bigg Boss where he did his best and won the title of the show.

Talking about films, Siddharth Shukla played the supporting character of Angad Bedi in the film Humpty Sharma Ki Dulhania produced by Karan Johar in the year 2014. He was also honored with the Stardust Award for this supporting character. His work in this movie was highly appreciated by the film critics. Siddharth had signed 2 more movies with Dharma Productions.

Siddharth made his debut in the world of web series with the third season of Broken But Beautiful which was released on May 29, 2021, on Alt Balaji’s OTT platform. In this web series, Siddharth’s character’s name is Agastya Rao, who is an idealistic, arrogant, and rebellious person and is a director. In this, the name of Sonia’s character is Rumi. In this web series, the broken love story of both of them has been told.

A knowing actor in the TV industry and everyone’s favorite Siddharth Shukla today died on 2 September 2021 day on Thursday at Mumbai’s Cooper Hospital. As soon as he came to Heart Attack, he was immediately admitted to Cooper Hospital where doctors found them already dead.

According to sources, he had some medicines before sleeping at night, after which he did not get up. After that, he was taken to Mumbai’s Cooper Hospital where doctors declared them dead. When the news of his death came, a wave of grief was running into the whole country.

He was just 40 years old and the news of his death is very shocking. Siddharth was a very talented artist in the TV industry who was liked by the logo due to his resolved nature. no matter how busy Siddharth was at work, he still did not forget to go to the gym. He used to reach the gym only at 5 in the morning before any of his shoots. He was so conscious about workouts that he never even took his mobile to the gym. Siddharth believed that,

Mobile distracts you and they wanted to give their full focus on fitness goals during workouts. According to the report, Siddharth used to go to the gym 6 days a week. where he

He used to work hard for about 2 hours to keep himself fit. Let us tell you that during the workout, Siddharth loved to do weight training. Apart from this, he liked to run on the treadmill. This helped them a lot in burning calories.

Along with his fitness, Siddharth also took great care of his diet. Siddharth mostly liked to eat his mother’s hand. When he used to consume junk food, he used to go to his house by stairs instead of the elevator.

• He was fined 2000 (INR) by the Traffic Police in Mumbai for drunken driving on New Year's Eve, and his license was seized.

• In 2018, Siddharth was arrested by the Mumbai Police for rash driving. He was charged under sections 279, 337, and 427 of the Indian Penal Code (IPC) and was released after paying a penalty of Rs. 5000.
Siddharth Shukla's car accident.

• During his stint in Balika Vadhu, Siddharth got into a cold war with actor, Shashank Vyas, over his share of role in the serial.

• Siddharth was not on talking terms with his Balika Vadhu co-star, Toral Rasputra.

• There was also a rift between Siddharth and his Dil Se Dil Tak co-star, Kunal Verma. Kunal criticized the actor for his bad behavior on the sets of the show. He said, "Kunal said, “He is an unprofessional maniac and a psycho. I think he needs psychiatric treatment again. I heard he had gone to rehab once and I think he needs to visit it again.”

• Siddhart is often criticized for being late on the sets of his shows and for creating a ruckus with his bizarre demands.

• Reportedly, he also got into a fight with his co-star, Rashami Desai, on the sets of the serial “Dil Se Dil Tak.” He refused to shoot for the show as his vanity van was smaller than that of Rashami.

• Siddharth was even criticized by the media for his bad behavior with a media person. Apparently, when a reporter tried to ask him about the news of him throwing tantrums on the sets of his shows, Siddharth removed his mic and walked out of the interview.

On September 2, the telly world lost one of the most promising actors, Sidharth Shukla. His death news was a shock for everyone. He was 40 years old and was rumored to be dating his Bigg Boss 13 co-contestant Shehnaaz Gill. The two surely made an adorable couple and were often spotted together. Before his death, the two had even appeared together on the show Bigg Boss OTT and Dance Deewane 3. The late actor and Shehnaaz Gill met for the first time on Bigg Boss 13.

Their bond on the reality show made a huge fan following. While Sidharth won the show, Shehnaaz was one of the finalists on Bigg Boss 13. Sidharth and Shehnaaz got on like a house on fire. Their fans loved them together and popularly named them SidNaaz which has been one of the most trending hashtags on social media since Bigg Boss 13 aired. Well, it won’t be wrong to say that Shehnaaz was quite possessive of Sidharth in the house. The late actor always used to take a stand for Shehnaaz when someone questioned their relationship or trolled the actress.