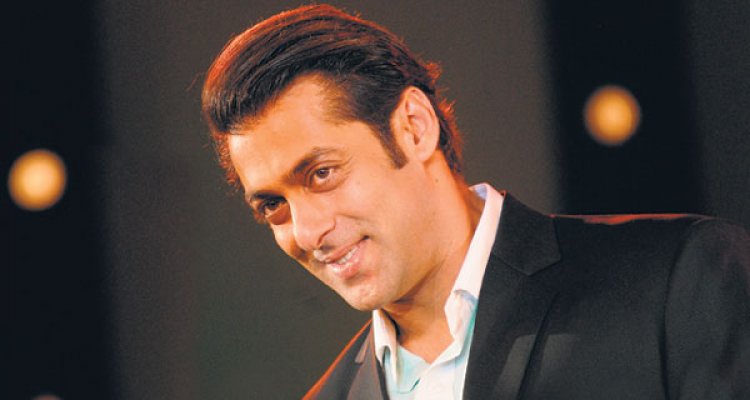 An actor with a dignified and breathtaking personality is Salman Khan. He was born on 27th December 1965 in Indore, Madhya Pradesh, India. True on the lines of a Capricorn, the actor is proficient, hardworking, and determined. After setting milestones in the Indian Film Industry, the actor has also raised the expectation bars for the TV hosts by entertaining viewers with his consecutive presence in the Big Boss, reality TV show.

Salman Khan studied with his brother Arbaaz Khan in the Sindhiya School in Gwalior. He then studied at the school in the Bandra region of Mumbai. In 1988, Salman Khan began his career in the movie Biwi Ho To Aisi, where he played the supporting role. His first major role came in Suraj R Barjatya 's Bollywood film Maine Pyaar Kiya (1989). This film was India's highest-grossing film of the 90s. He was awarded the Best New Actor Filmfare Award for the film and was nominated for the Best Actor Filmfare Award as well.
He once again collaborated with Sooraj Barjatiya in his film titled Hum Aapke Hain Kaun. This film was an even bigger hit and placed Salman right at the top among the new-age actors. He never looked back since then but couldn't repeat the same show in the coming years. He appeared in a number of the super-hit films at the box office and made various box office records in terms of the collection are Pyaar Kiya To Darna Kya, Biwi No. 1, Hum Dil De Chuke Sanam, Tere Naam, Mujse Shaadi Karogi, Maine Pyaar Kyun Kiya, No Entry Babul, Partner, Wanted, Dabangg, Reddy, Bodyguard, Ek Tha Tiger, Dabangg 2, Jai Ho, Kick, Bajrangi Bhaijaan, Prem Ratan Dhan Payo, and Sultan among others.
He though has also been called the controversial star and one of the most famous controversies that he created was a  hit and run case in which a man lying on the footpath died. The matter is still in the court as Salman's lawyers has claimed that it wasn't him who was driving the car. In 2006, he was found liable for hunting a rare species of deer chinkara and the verdict came out with him has to serve in prison for a year. The punishment was forbidden following the appeal in the higher court. He during this time spent 6 days in jail before finally getting released on bail.
In addition to the silver screen, he has also entertained the audience thoroughly on the small screen as well. He has served as the host of the game show called Dus Ka Dum. The show was a huge hit. He since the fourth season has been hosting the Bigg Boss. He is one of the highest-paid actors in the industry and is arguably one of the biggest superstars that India has ever produced.
He has founded a charitable organization called Being Human and through this a large chunk of his income he has spent on his organization which works tirelessly for the upliftment of people. He was born to screenwriter Salim Khan and Salma Khan (Sushila Charak). He has two younger brothers named Sohail Khan and Arbaaz Khan. Both brothers are Film actors, film directors & film producers in Bollywood. He has a sister named Alvira Khan Agnihotri and Arpita Khan is her stepsister. Bollywood film actress & dancer Helen is her stepmother. Actor Aayush Sharma (husband of Arpita Khan), actor Atul Agnihotri (husband of Alvira Khan Agnihotri), both are his brother-in-law.