Saad Lamjarred is the son of the moroccan singer Bachir Abdou and the actress Nezha Regragui. He joined the National Conservatory of Music to pursue his passion: Music. Saad Lamjarred was born on 07-04-1985 in Rabat, Morocco. He is a Moroccan Singer, Television Actor & Musician.

Saad Lamjarred is an actor and singer from Morocco. Lambjarred is the son of Bachir Abdou who is a classical singer from Morocco and Nezha Regragui is an actress. When he was a kid of four years he developed a great interest in singing his father’s songs. Then he went on to study music in a professional way. In a popular Arabic television show named Super Star Season 4, he was successful in positioning him in the second position.

He started his acting career in the year 2001 in soap opera, where he played a lead male actor. Thereafter he released an album named Wala Malik. He further released two more albums named Entry and Salina. He got very popular with the release of his album named "Entry Baghya Wahad". He even got the Méditel Morocco Music Awards in the year 2014. In the same year, MTV Europe Music Awards has nominated him for the Best Middle East Act.

His hit song "LM3ALLEM" was one of the outstanding songs, which had made 100 million views on YouTube, it was recorded in the Guinness World Record achievement. This is probably the most viewed Arabic song on YouTube. His other songs like "Ana Machi Sahel", "Ghaltana" and "Mal Habibi Malou" were also very popular on the internet.

Though being a popular singer, he had some controversies too. In February 2010, he was accused of raping and beating a woman in the United States. He, however, escaped from the United States and did not return bearing the risk of getting arrested. However, his case was again started after a few years.

Some of his popular singles of Saad Lamjarred include L'Mmima, Salina Salina, Lm3allem, Ana Machi Sahel, etc. Apart from that he was also nominated and won many awards for his songs. This singer has really rocked the world with his songs.

He was born to Bachir Abdou, a classical Moroccan singer, and Nezha Regragui, a comedian, and actor by profession. 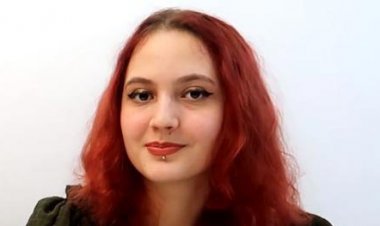