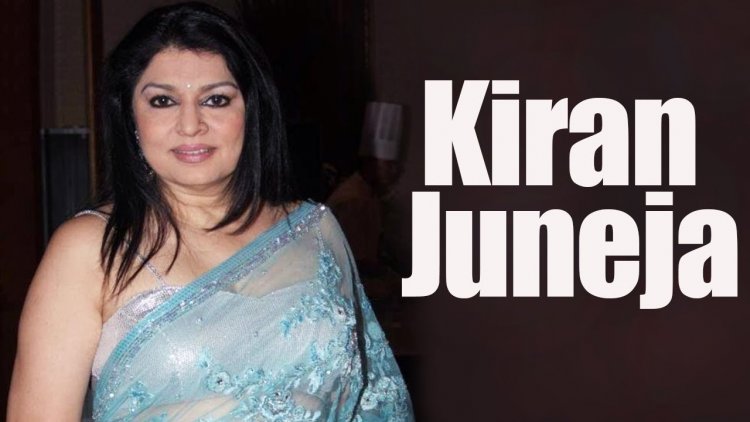 Kiran Juneja was born in Delhi, India. She is an Indian Film Actress, Television Actress & Painter known for her work in the Bollywood industry.

Kiran is quite active in Bollywood and television and has played some of the best supporting roles. She started her acting career on the big screen with the film Mulzim in 1986. She played the role of Jeetendra’s sister in the film. Some of her earliest Bollywood appearances include Humshakal, Madam X, Barsaat, and Zamana Deewana. In the last decade, she has mostly played the lead protagonist’s mother role. She played Priyanka Chopra’s mother role in Fashion and Krish, Rani Mukherjee’s mother in Bunty Aur Babli, Kareena Kapoor’s mother in Jab We Met, and several others. Her role is Khosla Ka Ghosla was among the most noted role she has played thus far. In addition to Hindi films, she has also worked in an English film titled The Other End Of The Line in 2008.
Apart from films, Kiran Juneja has been a prominent figure in the telly world. She started her television career by acting in the path-breaking television series Buniyad in 1987. Her portrayal of the character Veerawali earned her instant popularity. It was arguably one of the best performances of her acting career. Her other noted role was the portrayal of Goddess Ganga in B. R. Chopra’s iconic mythological series of Mahabharat.
In addition to acting, she is established an NGO named Respond Foundation, which helps new artist's in the industry to showcase their talent.