Dev Joshi is an Indian television actor known for portraying the role of Baal Veer in the kid's fantasy shows, Baal Veer and Baalveer Returns. Dev Joshi was born on 28-11-2000 in Ahmedabad in the state of Gujarat, India. He is an Indian Television Actor & Model.

Dev Joshi was born and raised in Ahmedabad. He came to the limelight for his performance in the famous television series Baal Veer in the year 2012. He also won various awards at the ITA (Indian Television Awards) for his performance in the show. He joined the show in 2012 and remained with the show till it ended in 2016. After the show, he completed his graduation from Amity University and went on extensive training as he was roped in again to reprise his role in the upcoming series Baal Veer Returns.

He was born to Devangna Joshi and Dushyant Joshi. 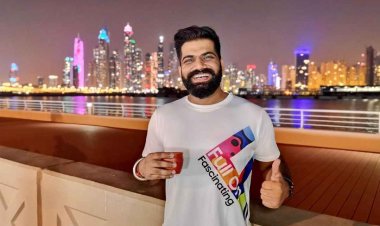