Avul Pakir Jainulabdeen Abdul Kalam was an Indian aerospace scientist who served as the 11th President of India from 2002 to 2007. 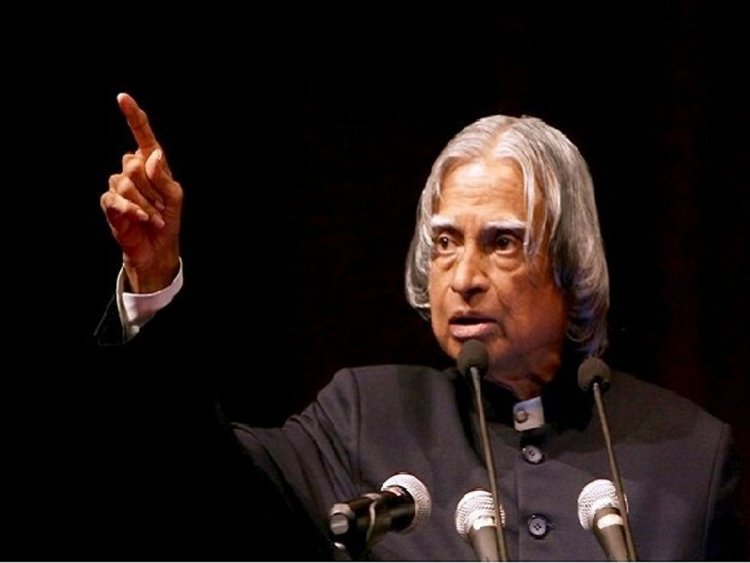 A. P. J. Abdul Kalam was born on 15th October 1931 in Rameswaram, Ramanathapuram in the state of Tamil Nadu, India. He was an Indian President, Professor, Author, Scientist, Writer, Politician, Poet & Engineer. His full name is Avul Pakir Jainulabdeen Abdul Kalam. He is better known as "Missile Man" for his work in the formation of India's military missile program.

A. P. J. Abdul Kalam finished his diploma in Aeronautical Engineering from Madras Institute of Technology and graduated from St. Joseph’s College in Tiruchirapalli in Physics. He started his professional career by working at DRDO (Defense Research and Development Organisation). Later he served in ISRO as a project director. His work was to develop, design, and manage the SLV-II (India’s foremost indigenous Satellite Launch Vehicle).  SLV-II successfully launched the satellite, Rohini.
In his illustrious career, he handled IGMDP (Integrated Guided Missile Development Programme) launched by DRDO. He was the one who played the lead role in developing missiles like AGNI and PRITHVI. He joined hands with the Department of Atomic Energy and played a chief role in India’s Nuclear test (Pokhran-II) in 1998. This successful test made India a nuclear weapon state.
Dr. Kalam was the Chief Scientific Advisor of the Prime Minister and the Secretary of the Department of Defense Research & Development. He served as the chairman of TIFAC (Technology Information Forecasting And Assessment Council). He created Technology Vision documents. These documents are actually a road map for changing the current status of India from a developing Nation to a Developed Nation till 2020.
His biggest achievement came in 2002 when he was made the President of the world’s largest democracy. He became the first scientist to hold this prestigious position.
He is also a well-known writer and has authored many famous books. His famous works include India 2020: A Vision for the New Millennium, Ignited Minds: Unleashing the Power Within India, Wings of Fire, and Target 3 Billion just to name a few. Kalam rose from obscurity through his personal and professional struggles and his work on Agni, Prithvi, Akash, Trishul, and Nag missiles became a household name in India and raised the nation's prestige to international reckoning. A. P. J. Abdul Kalam died on 27-07-2015 in Shillong, Meghalaya, India. He died due to a cardiac arrest at the age of 83. During the cardiac arrest, he was delivered a lecture at the Indian Institue of Management Shillong. Very soon, he admitted to Bethany Hospital in a critical condition. After some time, doctors declared the death of Shri Kalam sahib.

A. P. J. Abdul Kalam Family, Relatives and Other Relations